64% of video game players in the U.S. said interacting with other players gave them a stronger sense of connection to others during the pandemic. 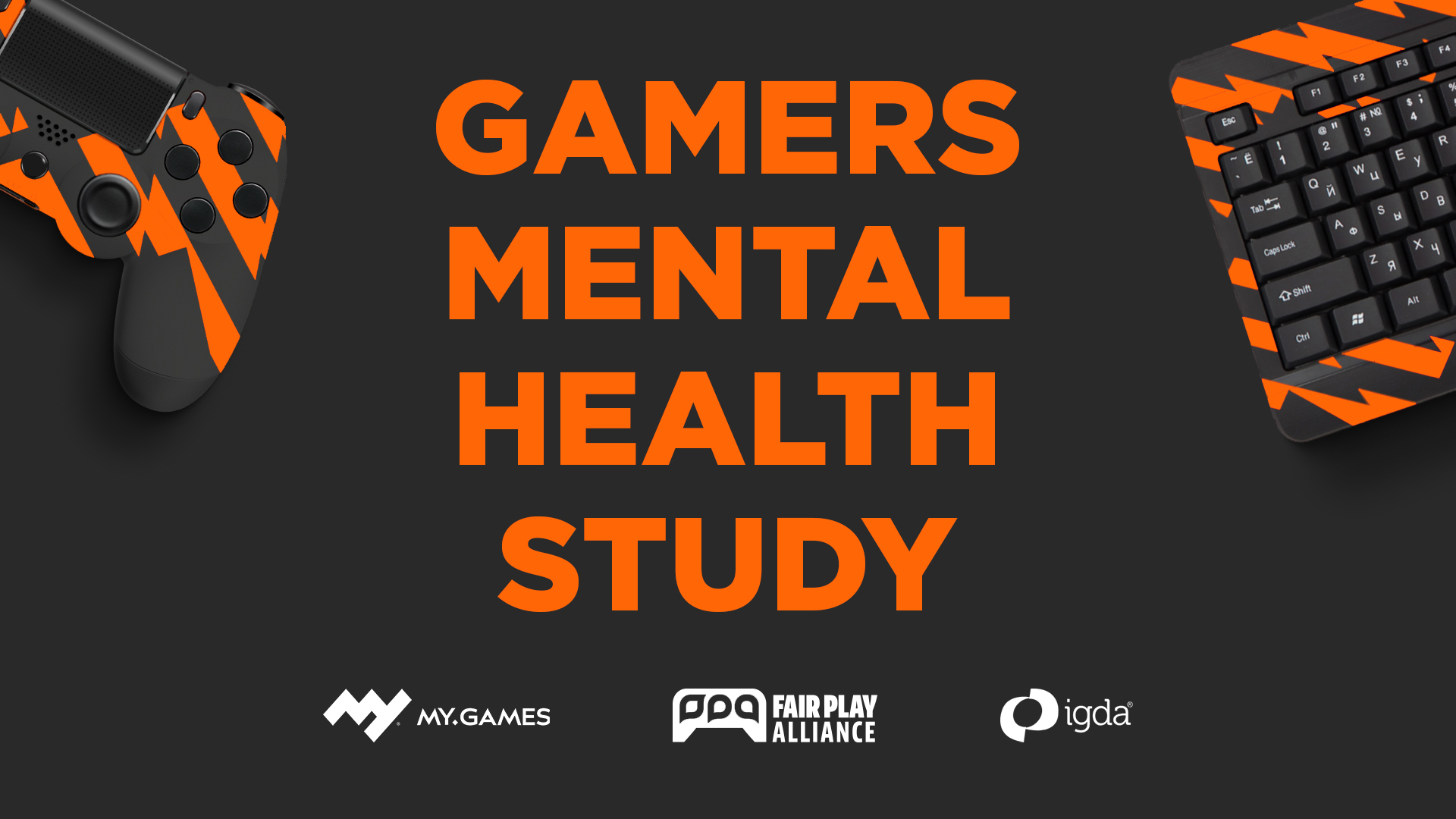 February 18 - Today international gaming brand MY.GAMES in partnership with IGDA  and the global coalition of gaming professionals and companies Fair Play Alliance (FPA), announced the results of a global survey conducted at the end of 2020. The survey was conducted to better understand how the COVID-19 pandemic was affecting the mental health of the global game community. More than 21,000 players from the U.S., EU and CIS countries, and age 14 and older,  took part in the survey.

The study was held among players of MY.GAMES PC titles Revelation, Skyforge, and Warface, as well as through gamers and developers who follow Take This, FPA and IGDA. More than 21,000 players from the U.S., EU and CIS countries, and age 14 and older, took part in the survey. Most of the respondents were weekly video game players.

The survey assessed how aware gamers are about mental health, how often they experience mental health issues, and players’ social experiences during the pandemic. Respondents were asked to evaluate their mental health prior to the pandemic, several months into various lockdowns, and presently. The issues of cyberbullying and disruptive behavior in online games were also addressed to compare how these problems were present before and during lockdowns.

"MY.GAMES has millions of registered users, for whom virtual space has become one of the main platforms for communication and recreation during the pandemic. The change in the usual way of life and the increased level of stress-all inevitably left its mark on the players, whose care is our direct responsibility, “commented Elena Grigoryan, CMO of MY.GAMES. ”The study of the psychological well-being of our audience, following the results of the pandemic, is an important step designed to draw attention to the topic of mental health."

Meanwhile, one in three (33%) U.S. gamers said they experienced anxiety and other stress-induced disorders at least several times in the past year. Around 42% said they sought professional mental health help more than once, while 63% said they would seek it if they needed it.

U.S. players noted the cost of services as the most significant obstacle to seeking professional help, while in other countries 8% to 22% singled out this factor. Awareness about the various types of mental health help in the U.S. is very high, with counselors and psychologists receiving the highest number of queries, and online sessions and hotlines being the least popular types of help. 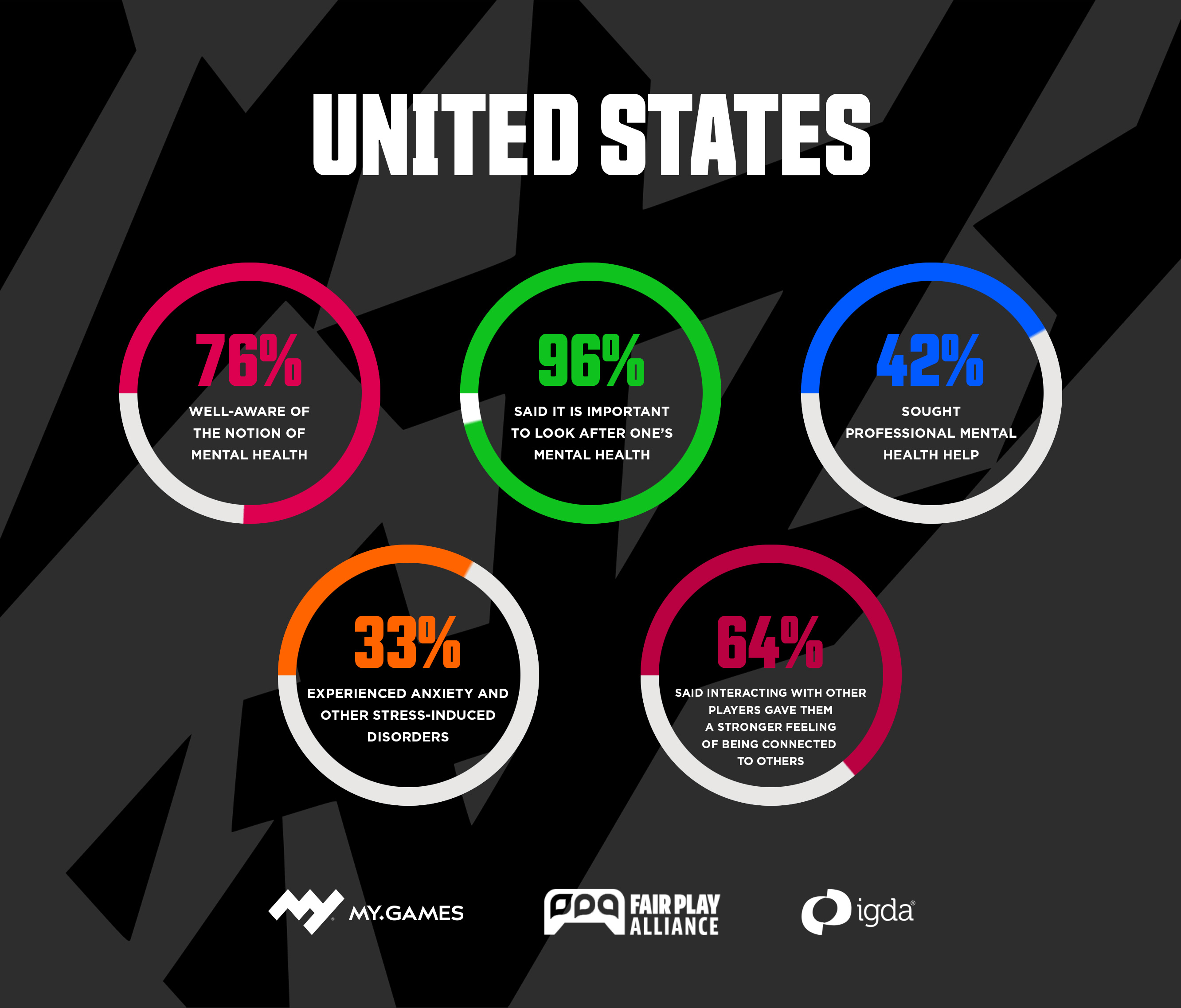 “Having spaces to connect is more important than ever during shelter-in-place,” shared Carlos Figueiredo, the Executive Director of the Fair Play Alliance. “The core of connection is healthy gameplay and more importantly, healthy players. We’re committed to supporting game developers and platforms in reducing disruptive behavior and increasing players’ wellbeing.”

Interacting with other players during the pandemic was mostly met with positive reactions from the respondents as they reported feeling connected, safe, and that it’s OK to make mistakes in games.  More than half did, however, note they occasionally encountered aggressive behavior (51%), insults (57%), and trolling (59%).  Serious instances of cyberbullying like being humiliated, harassed, threatened, targeted because of one’s identities, and experiencing personalized bullying or social shunning were noted far less often. 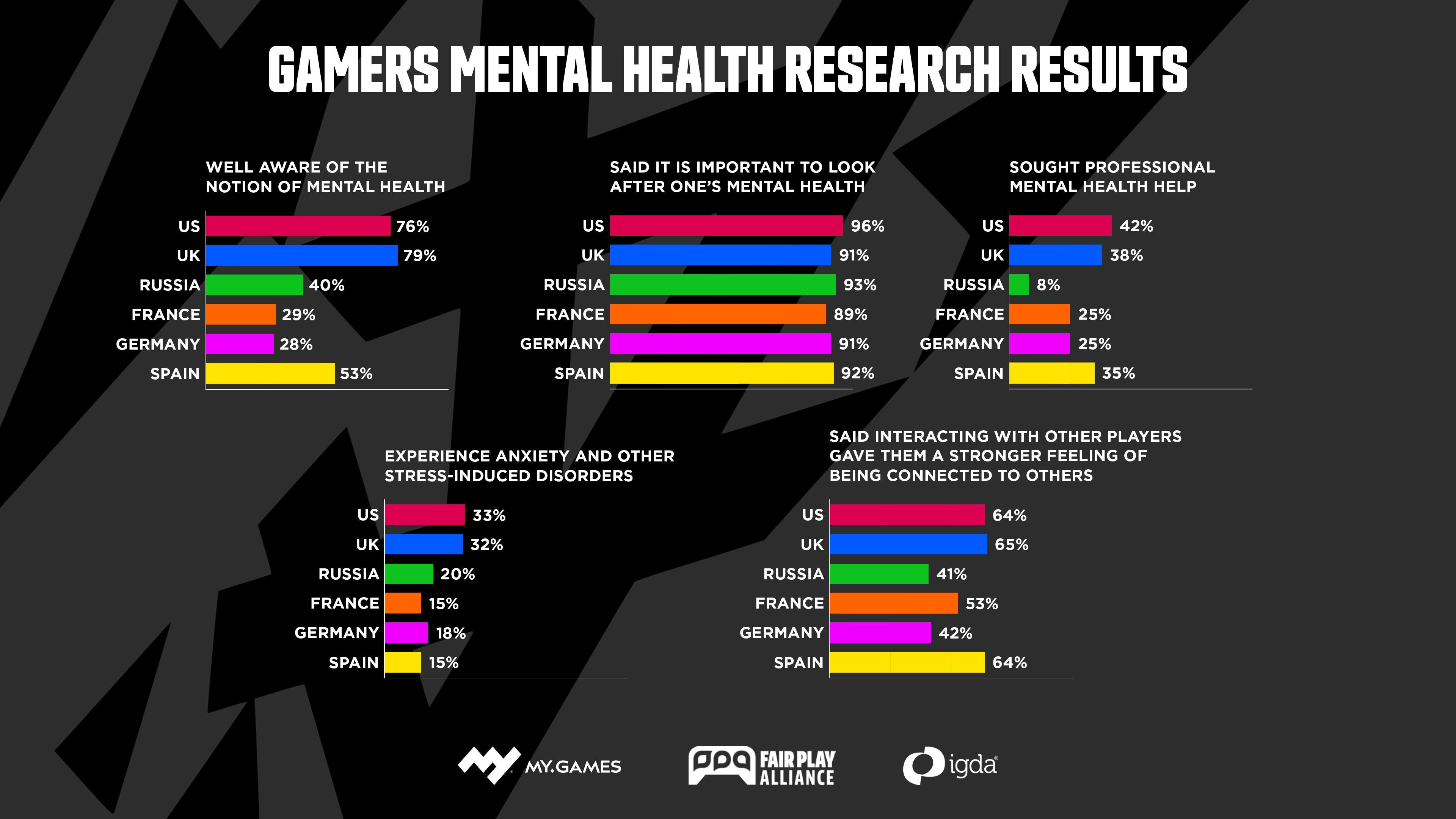 “Across the world, we have seen that multiplayer games have helped ease the pains of social isolation for those who enjoy video games. commented Renee Gittins, Executive Director of IGDA

Gittins continued, “Video game developers must make note that toxicity in game communities is still an issue for our industry. Moderation systems, positive culture cultivation, and exclusion of the worst offenders is necessary to allow everyone to enjoy gaming. Management of communities is even more important with the increase in online gaming and its importance in combating social isolation.”