2020 Is a Year of Growth and Consolidation for MY.GAMES As Revenue Increases by 30% Reaching $0.5Bn 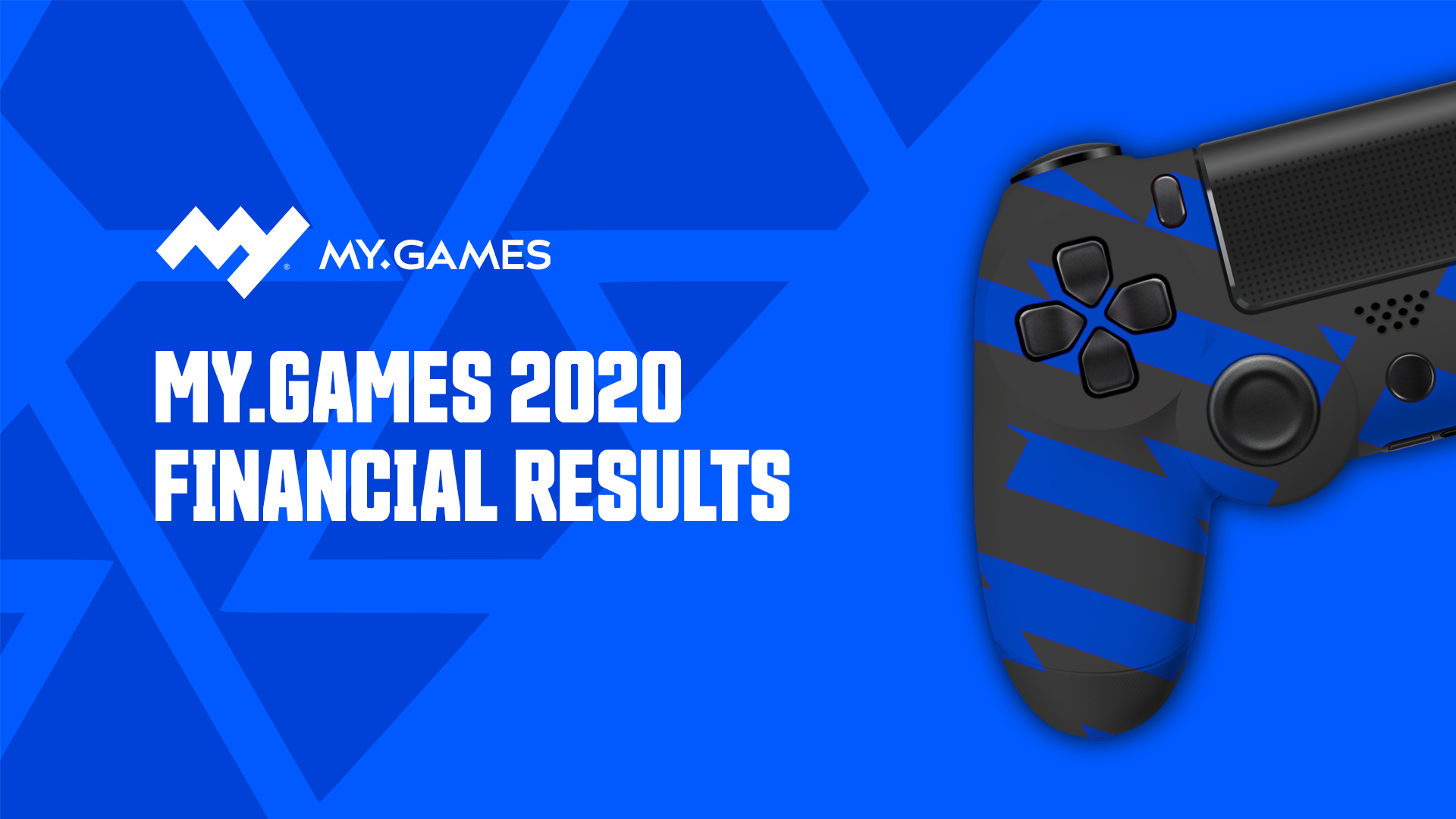 March 4, 2021 - Moscow: Global gaming brand, MY.GAMES, has today announced its results for FY 2020. The company continues to outperform with 30% YoY growth in 2020 to RUB 40,762 bn ($562m). MY.GAMES, a division of Mail.ru Group, accounted for 38% of the Group’s revenues in 2020. With MY.GAMES EBITDA expected to double from 2018’s by 2022, this year’s results show that the company is well positioned to achieve its objective and aims to grow its revenues at a double-digit rate in 2021 despite the global pandemic.

MY.GAMES’ total audience increased by 165 mn users, reaching 770 mn throughout the world. 75% of the revenue came from international markets with the US, Germany, and Japan making up the largest proportion. The company finished 2020 with nine new games in its portfolio, including Warface: GO, Warface: Breakout, Warface on Nintendo Switch, Zero City, World Above, Dino Squad, Storigton Hall, Grand Hotel Mania, Rush Royale. It also deliberately targeted a strategy of new user acquisition across its portfolio of titles.  The mobile game War Robots reached 184 million downloads in December and showed annual revenue growth of more than 30% in the seventh year since it was originally released..

“We managed to build a rapidly growing business with our own ecosystem of products and services at its heart thanks to constant experiments in development, strategic development of our own IP, effective franchise management, marketing, and regular successful M&A deals. Our passion is to develop and offer games designed for the widest possible audience, and today our portfolio includes games in the most popular genres in the world, especially on mobile. We strive to consistently expand our catalog for all platforms, maintain diversity, and add products designed for a wide variety of users. We tart 2021 from a solid foundation upon which to achieve our objective of increasing revenue and our EBITDA, we will be supported in this goal by our successful franchises, recently launched projects and the team of talented professionals here at MY.GAMES” - commented Vasily Maguryan, CEO MY.GAMES.

The expansion of MY.GAMES will continue through the development of its own IP, which accounts for more than 90% of the brand’s total revenue, and M&A. As a community of 13 partner studios with a unique genre expertise, the company has more than ten products in development each year. In 2020, MY.GAMES released 9 new games, one of which -Rush Royale from the IT Territory studio - was fully developed and launched remotely, becoming one of our most actively growing titles in 2021.

The investment fund MY.GAMES Venture Capital (MGVC) showed high activity in 2020 — during the year, MGVC invested in 12 game studios and signed deals for two consolidations — BeIngame and Deus Craft. In total, the MGVC portfolio currently includes 35 studios. By investing in new studios, MY.GAMES continues to expand its strategy for portfolio diversification along with providing studios with a solid boost for business growth and product scaling.

Grand Hotel Mania, the time management game developed by Deus Craft studio, reached 7.7 million installs since its launch, climbing up to the top 3 revenue-generating products for MY.GAMES. The game was ranked second among mobile games in terms of revenue in the time management category on iOS and Android and nominated for by Google Play as Users' Choice award in several countries: USA, Canada, UK, Germany, France, and India. MY.GAMES also continued developing its hyper-casual games program, purchasing a stake in the publisher, Mamboo Games and offering developers comprehensive support with publishing hyper-casual games.

Mobile games remain one of the top drivers for MY.GAMES growth in 2020 with 73% of overall MY.GAMES share and seven new mobile games launched. The top 5 revenue-generating games in Q4 2020 were: War Robots, Hustle Castle, Grand Hotel Mania, Left to Survive, and Zero City. The newly acquired and consolidated studios contributed 9% to MY.GAMES revenues in 2020.

Meanwhile, the evergreen franchise, Warface, reached 109mn players worldwide across all platforms and remained a top 3 revenue generator for MY.GAMES while also being launched on new markets in 2020 (e.g. Turkey). Warface on consoles reached 23mn installs with cross-play available across PlayStation, Xbox and Nintendo.