Global gaming brand, MY.GAMES, part of Mail.ru Group, has today announced its results for Q1 2021. The company continues to perform strongly, with revenues growing by 42.2% YoY in Q1 to RUB 11b ($147m). EBITDA of MY.GAMES in the first quarter of 2021 grew by 165% year-on-year to RUB 1.4 billion with a margin of 13.2% on the back of the typical seasonal boost in marketing investment. 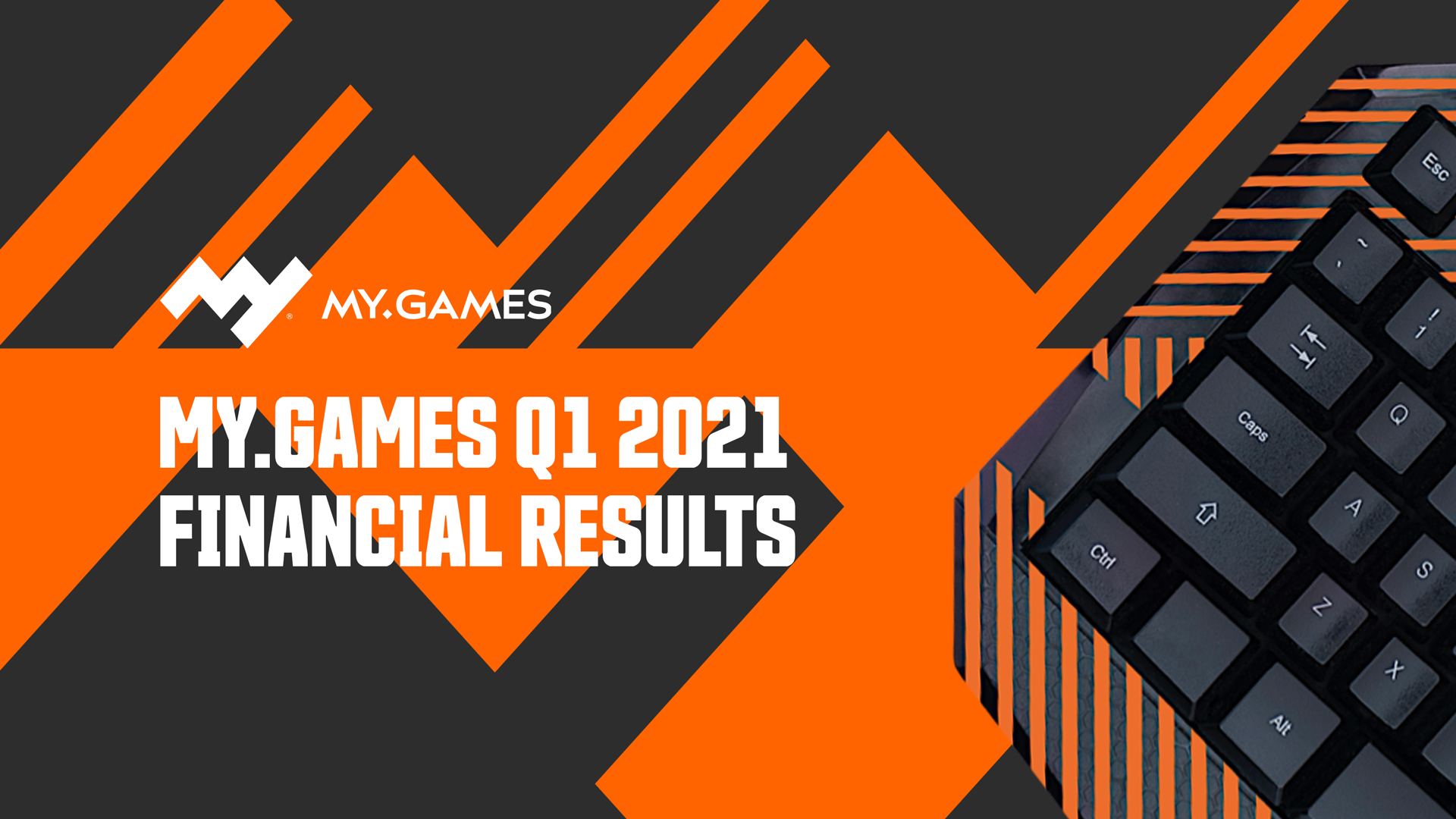 Average MAU stood at 22.7m in Q1, with a 4.8% share of paying monthly users. Further globalisation remains the company’s focus, with 79% of revenues coming from outside Russia and CIS (versus 69% in Q1 2020) with the US, Germany and UK being the largest international markets.

“We had a confident start to 2021, keeping pace with the revenue record that we successfully reached last year. Following our strategy of a diversified portfolio, we continue to build our active user base across all platforms and release regular updates for our products, while our commitment to the principle of an open partner environment and the creative freedom of our studios allows us to work on multiple projects simultaneously, confidently moving towards our goal of becoming one of the top companies in the gaming industry“ - said Vasily Maguryan, CEO of MY.GAMES.

In Q1 MY.GAMES launched PC versions of mobile games War Robots, World Above, Left to Survive and Guild of Heroes on MY.GAMES Store as part of internal cross-selling and cross-integration.

The long-term success of MY.GAMES is due to the strategy of diversifying the portfolio, focusing on the game releases on PC, mobile and consoles, as well as porting its successful products to other platforms. The company continues to invest in talented studios and projects via its investment arm MGVC (MY.GAMES Venture Capital). In Q1 2021 MGVC signed a strategic agreement with US-based studio Pizza Club Games, developers of the Raid Boss game. In Q1 MY.GAMES also expanded its hyper-casual expertise on the global market: the company purchased minority stakes in Mamboo Games and Espresso Games, hyper-casual publishers. MGVC plans to continue supporting MY.GAMES in its efforts to continue expanding its market share in the largest worldwide entertainment market with an ambition of becoming one of the top games companies globally, including through value accretive M&A.

Adhering to its principles of developing a partnership environment and supporting talented studios, MY.GAMES together with Google team wrapped up the results of the first season of their joint international project Game Drive – a business accelerator for independent mobile game developers. During the first stage of the project, teams from Google and MGVC studied more than 40 applications from developers from 16 countries. The project was launched in November 2020, offering EMEA developers free consulting services, including expert evaluation, key metrics analysis, recommendations on step-by-step improvements, as well as advice on scaling and international expansion. MGVC and Google are working on a new phase of the campaign, aimed to start in 2021.