MY.GAMES conducted a study "Portrait of a Russian gamer 2020". Around 2,000 players of mobile, desktop, and console games participated in the survey – these are players aged 15 to 44, living in Russia. 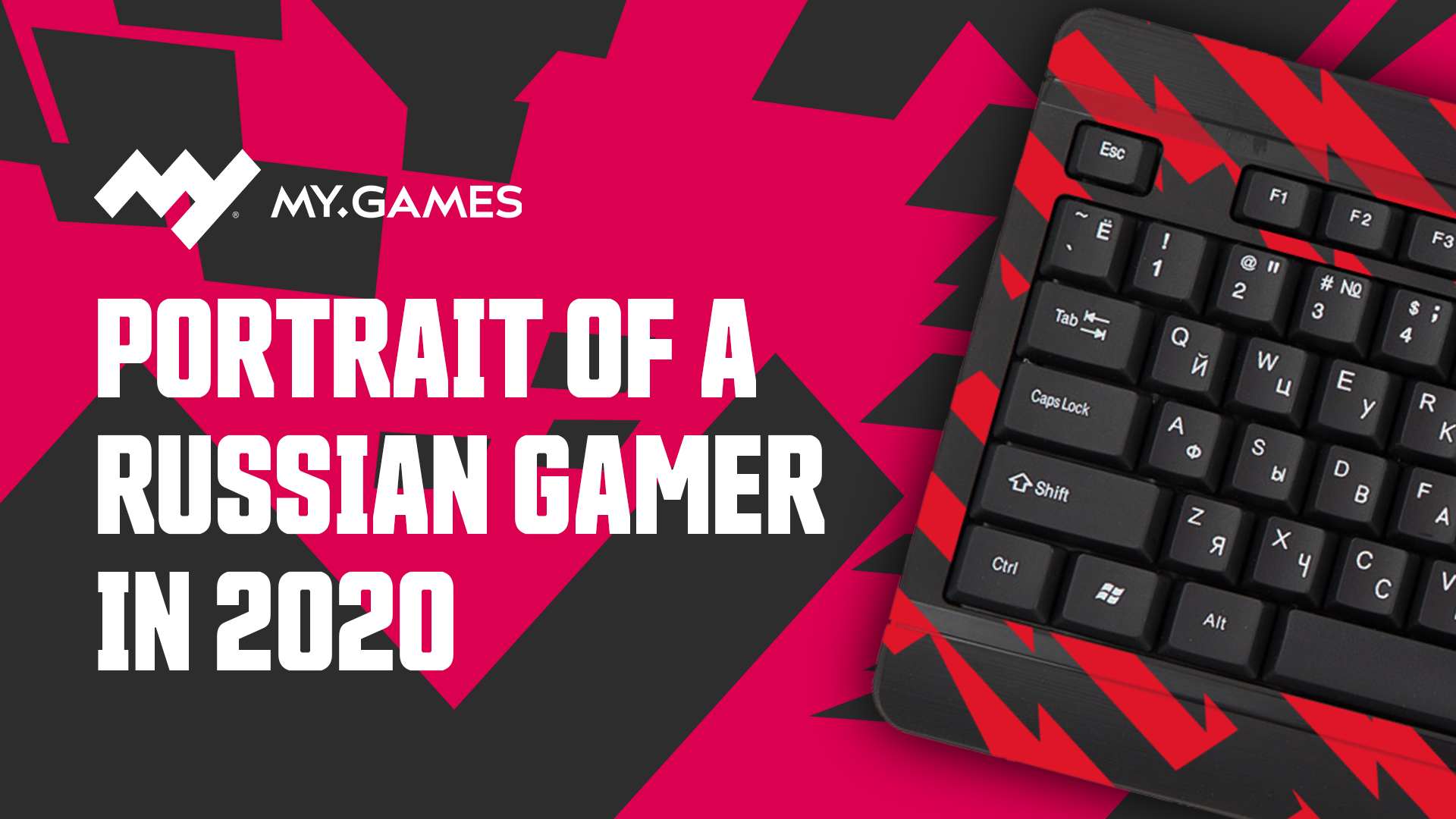 According to the study, in 2020 gamers began to buy more games and make more in-game purchases on all platforms, while the average monthly check for purchases on all devices increased. Over the past year, the attitude towards games in Russia has changed — in 2019 only 25% supported the hobby (and played themselves) or had a positive attitude towards it, and in 2020 — one in three (25% and 33%, respectively). 70% of the people polled were over 24 years old. 59% of the players are men and 41% are women. Among the respondents, 85% played mobile games at least once a month, 70% played games on a personal computer, and 29% played console titles.

Fans of mobile games still represent the majority among the respondents: 85% of them have played on a tablet or a smartphone at least once in the last month, while 78% use only Android devices. 17% of gamers started playing mobile games less than a year ago. The most popular places to play were home (95%), on public transport (46%), and at work (34%), with 30% watching other content while playing.

More than half of those polled played 2-3 mobile games at once, and a third — only one. The main criteria for choosing a game are low price (or if it’s free of charge), low intensity of advertising, and the ability to play offline. The top 3 popular genres for men are MOBA, Battle Royale, and action games, and for women — hidden object games, time management, and music games. Teenagers prefer competitive and gambling games, as well as sandboxes, while audiences over 35 prefer match-3 games.

PC gamers have started to buy games more often and purchases have become more digital: now only 15% of gamers buy physical games (22% in August 2019). Preferences in PC genres have not changed over the past year: the popularity of Battle Royale, survival games, MOBA, sports simulators, and sandbox games has slightly grown. Almost half of the surveyed players under the age of 24 prefer crafting and survival games, while the audience over 35 preferred strategy and collectible card games.

The share of console players in 2020 increased against August 2019: in December last year, almost 30% of the surveyed played on the console at least once in the last month. The platform’s audience has changed — the share of women and players over 35 has increased. Sony holds a leading position in the market among the companies: 46% of players are considering buying a next-generation console in the next six months, including around 80% considering the PlayStation 5, while 19.2% are already playing on the next-generation consoles. In 2020, the popularity of such genres as Battle Royale and military simulators has grown — mostly preferred by a young audience. Female players favor crafting games and RPGs, and play horror games the least.