MY.GAMES BECOMES A PARTNER OF THE BREACH STUDIOS, INVESTING €3.5 MILLION IN THE BARCELONA-BASED GAME DEVELOPER

MY.GAMES continues to build a network of studios across the globe as it welcomes Spanish developer The Breach Studios to the MY.GAMES family. 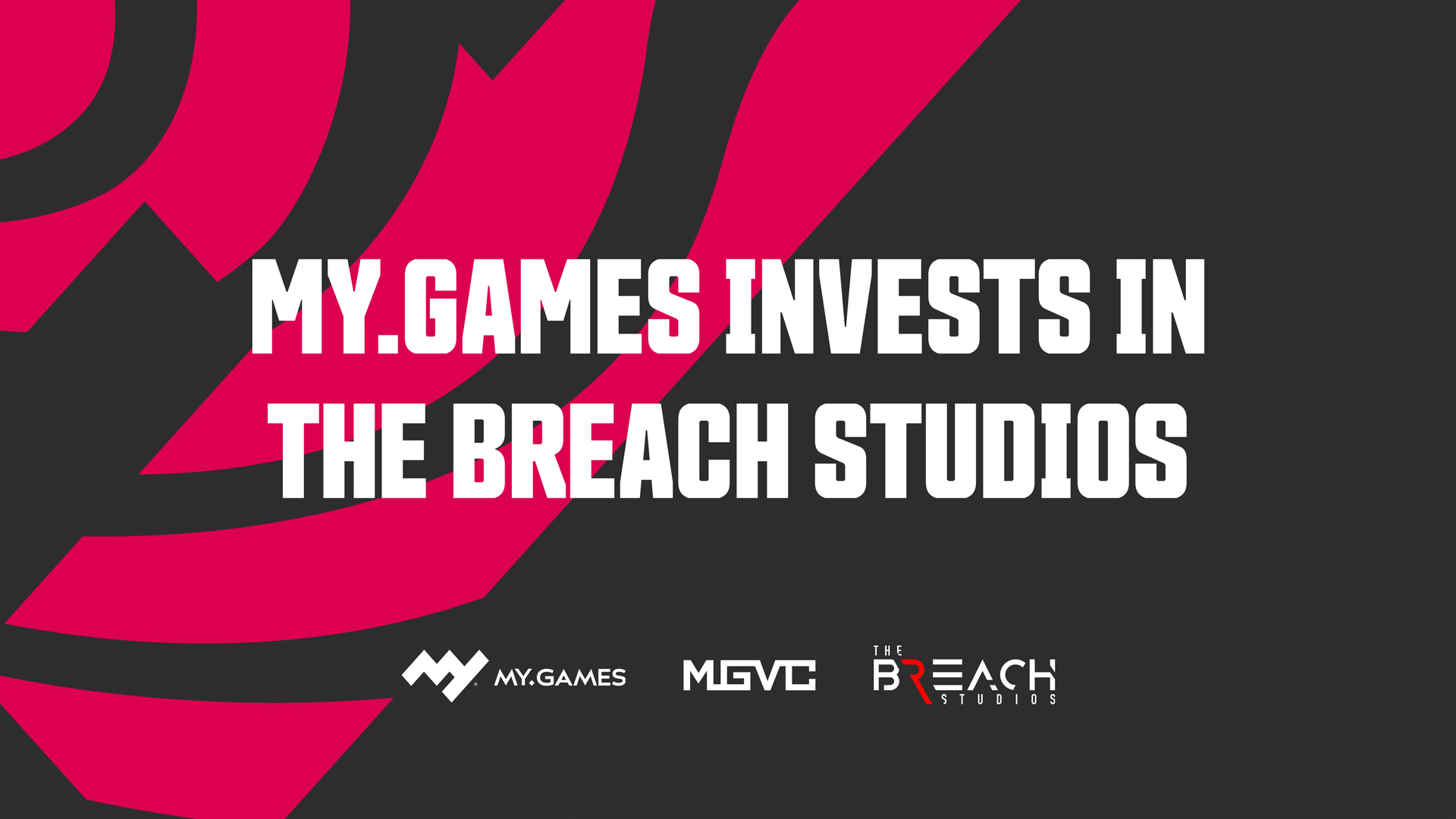 Gaming company MY.GAMES announced today that it will invest €3.5 million in the PC and console games development studio The Breach Studios based in Barcelona, via its investment fund MY.GAMES Venture Capital (MGVC). This is a part of the international expansion strategy of MY.GAMES to consolidate the company’s position in the global gaming market by inviting new studios to join the MY.GAMES ecosystem and supporting each studio with publishing, marketing and game developing expertise.

The Breach Studios was founded in Barcelona in 2018 by industry veterans who shared a strong desire to push the boundaries of established genres with new and innovative ideas. They bring years of experience gained working at Ubisoft, Gameloft, Take-Two Interactive on titles such as Assassin’s Creed IV Black Flag, Ghost Recon Wildlands, The Crew 2, Gris, Bionic Commando, Asphalt 8: Airborne, The studio already has a track record of working across numerous titles and platforms since it was founded, and is now working on a new unannounced project - PvE/PvP cooperative shooter for PC and consoles.

This is the latest investment made by MGVC - the investment arm of MY.GAMES - which is now one of the top 10 investors in the gaming industry*, invested in 12 game studios last year and signed 6 investment deals in the first half of 2021. In total, the MGVC’s partnership network currently includes over 40 developer studios. By investing in new studios, MY.GAMES continues to expand its strategy for portfolio diversification along with providing partner studios with a solid boost for business growth and product scaling.

With the investments in The Breach Studios, MY.GAMES plans to expand the portfolio of products on PCs and consoles, as well as enrich its expertise in co-op and PvP shooter genres. MY.GAMES' portfolio includes an impressive number of franchises in these genres, such as Warface, Left to Survive, Tacticool, War Robots, and many others.

“The investment in The Breach Studios strengthens our games production capabilities helping MY.GAMES with its ambition to become a major player of the industry in the upcoming years. This is an important step forward in executing our expansion strategy and more are in the plans. We look forward to welcoming the team into our ecosystem and working with them on some exciting future projects.”

Jordi Guerrero, CTO and Co-Founder of The Breach Studios adds:

“It was highly important for us to find an investor who has in-depth understanding of the game specifics, the product, and the genre we work with. We were pleasantly surprised to find it within the MY.GAMES team which has really amazing experience in the industry, charged with long-term cooperation, well versed in the market, trends, and also well understand the needs of the studio.  Among all other potential investors, the MGVC team was the first who asked us about our product and our ideas before going into financial details. We believe that together we will be able to bring a lot of new things to the co-op shooter genre, in which both we and MY.GAMES have a rich expertise.”

As a result of the deal with The Breach Studios, MY.GAMES has acquired a minority stake with a path to control.