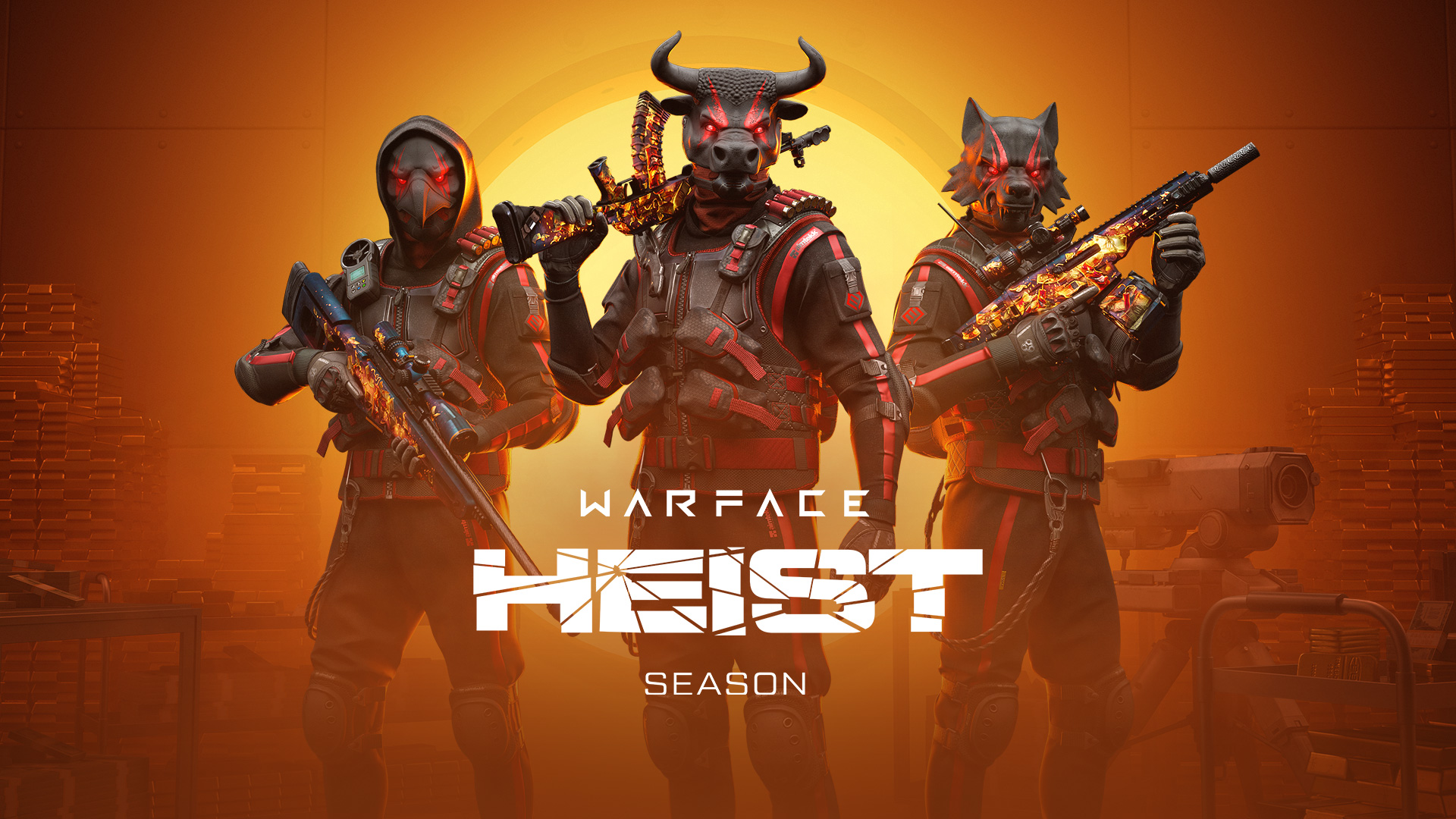 MY.GAMES and the Warface team are pleased to announce that the Heist season is available now on PlayStation 4, Xbox One, and soon Nintendo Switch as a free update. The brand-new season features a Battle Pass and technical improvements, with new content including a PvP map, a new weapons series, and a special co-op mission to follow in the near future.

Heist brings players into the role of mercenaries. The upcoming two-player PvE Heist mission features a new cable mechanic, allowing players stealthy access to a bank where they can rob Blackwood's vault. Players can open up three storage facilities (with increasing difficulty levels) while fighting the police and special forces and immerse themselves in an atmospheric, action-packed thriller.

● New Enemies: Players must contend with the Police and Special Forces as they storm Blackwood’s vault.

● New Weapons: ‘The Big Score’ weapon series features gold inlays, symbolic of the bank's wealth and featuring eye-catching appeal. There are six main models, including a new weapon - the M4 Marksman Custom Sniper Rifle, with increased damage and a higher rate of fire. This season also features the “Heat” and “Mechanical” weapons series and another new gun - the Kalashnikov USA Komrad 12.

● Shapeshifter Equipment: The new themed "Shapeshifter" gear set consists of four different helmets and vests, plus a pair of gloves and boots. This gear is designed for professional thieves and provides the best direct armor protection from bullets in shootouts with the police.

● PvP Map: The Blitz mode includes the brand-new "Heist" map. Inspired by this season’s special operation, players can fight in an elite two-level bank located in a skyscraper.

Additional assets can be found in the Press Kit here.