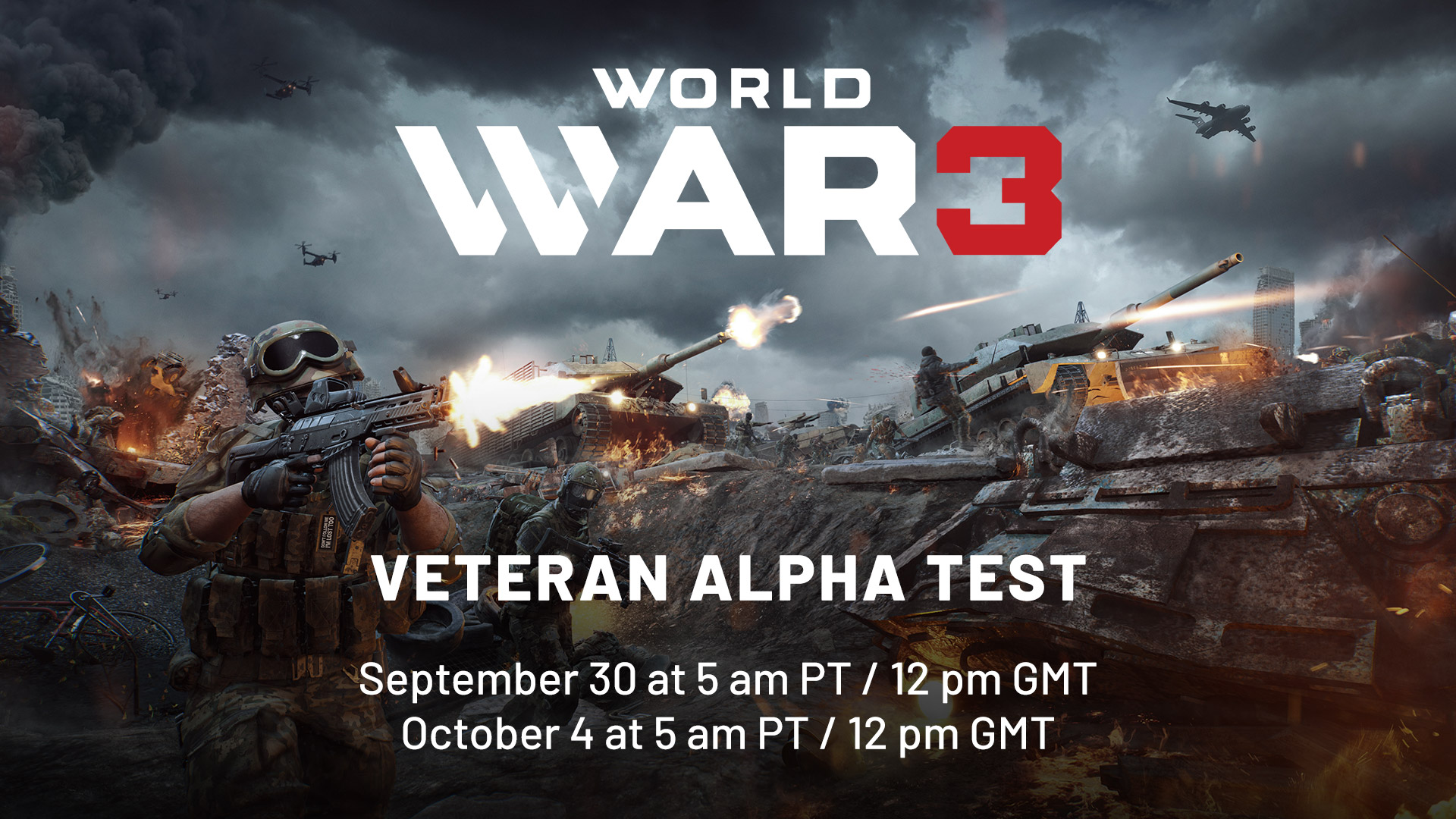 The Veteran Alpha Test is part of a renewed focus on the game, with the publisher and developer already sharing an extensive development update video earlier this spring, along with ongoing spotlights that showcase the new and improved features for the game. The Veteran Alpha Test is the first time players of the game will experience the improvements firsthand. Creative Director Kamil Bilczyński said the following:

“We worked very hard to refine the game over the last years. Together with the team, I am proud and excited to show the results of this work to experience the new and improved version of World War 3 with our valued fans.”

“Over the last two years, we've been working together on every aspect of World War 3 to make it a remarkable experience. We value our players' dedication and passion for our project and want our veteran players to experience first-hand what World War 3 has become!”

Players also can catch a glimpse of the progress during the live stream on the official World War 3 YouTube channel the day before the ‘Veteran Alpha Test’. During the broadcast on September 29 at 10 a.m. PT, developers will briefly present the existing changes they have been working on for the last few years.

Featuring four maps and two different modes, players will be fighting over the battlefields of Berlin, Warsaw, Polyarny, and Moscow. The locations are all based on real-life existing areas and, as such, should be familiar to anyone who has visited them. However, a global conflict has broken out, which is reflected in the map visually - not only to make players experience war on familiar grounds but also to improve gameplay.

While the Veteran Alpha Test will not feature the full breadth of accessible customization, it does feature a sample of the realistic uniforms and weaponry that will be available to players to adjust to their preferences. Although weapons and uniforms are chosen before heading into battle, the game’s backpack feature allows them to take extra equipment with them to respond to threats their team might face.

The realistic maps, extensive customization, and highly detailed uniforms and weapons culminate in a gameplay experience that the developer of the game, The Farm 51, describes as ‘playable realism’. It strives to offer a fully immersive experience while still being approachable to new players of the genre. Gunplay and animations have been much improved since the earlier version of the game.

World War 3 will feature even more playable moments after the Veteran Alpha Test that will also be open to a larger audience.