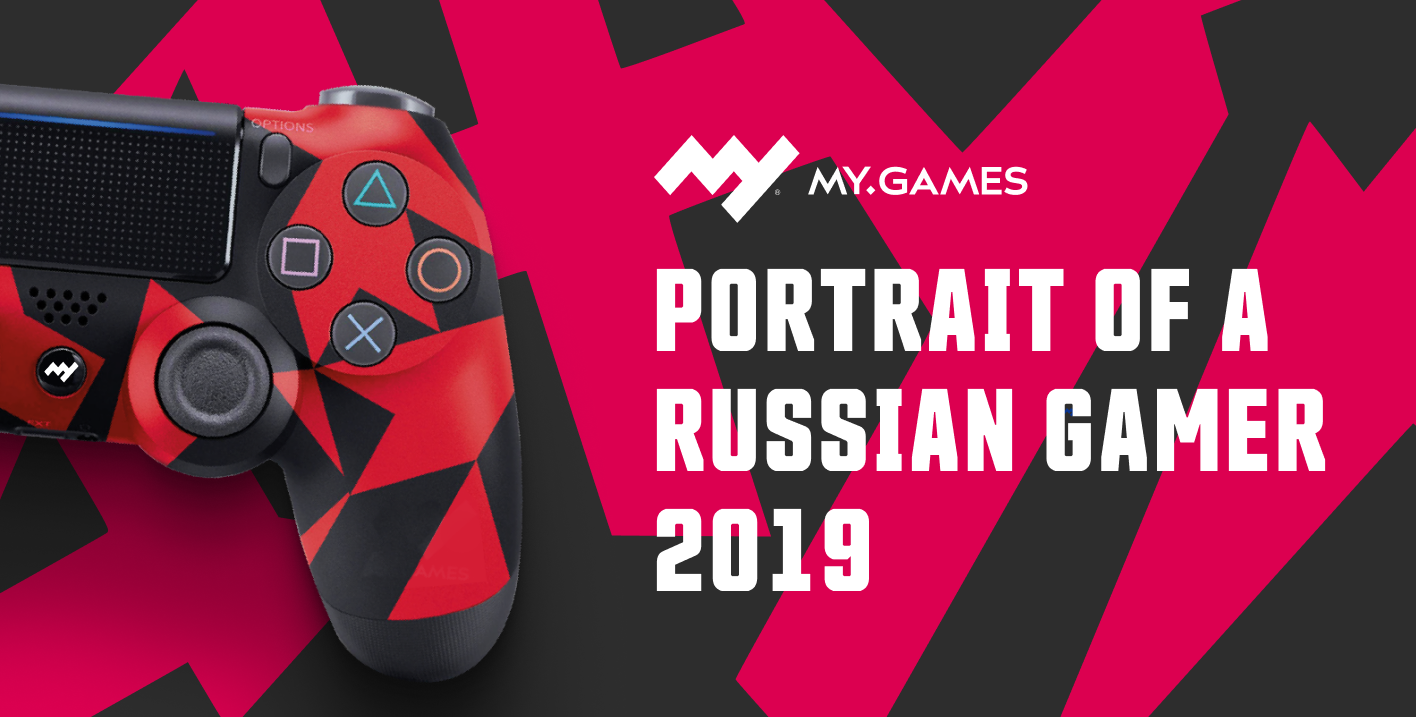 MY.GAMES conducted a study titled “Portrait of a Russian Gamer 2019” among players passionate about mobile, desktop, or console games, and evaluated the Russian gaming market for 2019. The survey created a profile of the Russian gaming audience in general and for each market segment separately.

According to MY.GAMES calculations, the volume of the Russian video game market in 2019 increased by 14% year-on-year and amounted to 120.4 bln rubles. Mobile games were the main driver of growth in 2019 (+49% to 48.1 bln rubles) and almost caught up in volume with free games on PC amid slowing growth of the latter (+5% to 49.1 bln rubles). In 2019, the share of free games on all platforms grew by 21% and reached 99.9 bln rubles, accounting for 82% of the market. The console market decreased by 13% to 11 bln rubles, which is associated with a smaller number of AAA releases on the PS4/Xbox and a decline in revenue of the Battle Royale genre. Paid games showed negative dynamics (-10% to 20.5 bln rubles) amid the absence of large projects comparable in scale to 2018 hits, leading to their decline both on consoles (-7% to 8.3 bln rubles), and on PC (-11% to 12.2 bln rubles).

The study polled over 1,500 people aged from 15 to 44 years. Among them, 85% played mobile games at least once a month, 82% - PC games, and 19% - console games. According to the study, in comparison with 2017, the audience’s motivation has changed: the top 5 motivators included the desire to improve gaming skills and the ability to customize the characteristics and appearance of a virtual character. Also, compared to 2017, more gamers began to watch gaming streams, and the number of users paying streamers doubled.

Among all Russian players, 85% played mobile games once a month. The audience for mobile games is equally distributed between men and women. Compared to 2017, in 2019 players of both sexes were much more likely to use entertainment apps on smartphones and tablets: more than half of respondents said they play every day. At the same time, male players preferred games in competitive and tactical genres (military simulators, shooters, Battle Royale, action games, strategies), while female players prefered casual games (music, time management, life simulators).

Male gamers constituted the majority among the players who prefer desktop games - their share reached 58%. Compared to 2017, gamers of both sexes played computer games more often: almost 40% of respondents said they play every day. Players from large cities with a population of over 100,000 people also noted that they prefer F2P projects: the share of fans of games with the free-to-play monetization system was 91% of the total number of respondents.

Shooters, racing games, military hardware simulators, strategies, and action games were among the most popular genres on PC. Men more often choose games of various genres, while women mainly prefer life and building simulators. The key motivators for Russian players were immersion in the game world, and gaining skill and power within it.

Sony PlayStation 4 (Pro/Slim) was the most popular console among the respondents, with devices of the previous generation not far behind. Men represented three-quarters of respondents who play console games. Among console players, 24%  played every day, 38% - 2-3 times a week. Top genres included dynamic games - fighting, racing, action/adventure, and shooters. At the same time, the cost of buying games and in-game content remains much higher for console fans than on other platforms.