The new season is inspired by the Byzantine Empire and features brand-new fire units. 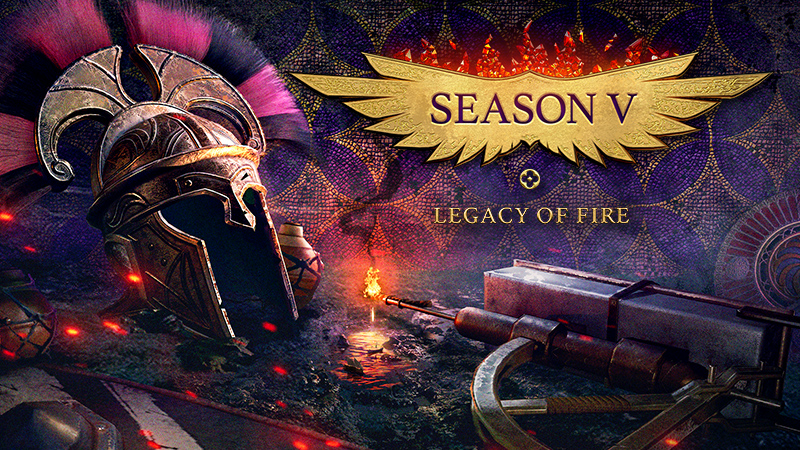 MY.GAMES today revealed that Season V: Legacy of Fire is coming to Conqueror’s Blade as a free expansion on October 13. Players will rage through the flames of history as they uncover forgotten tales of the past, recruit powerful fire-wielding units, and unlock exclusive seasonal rewards along the way. With content inspired by the mighty Byzantine Empire, Season V: Legacy of Fire features:

Set in the distant past, Season V follows a campaign by the Kingdom of Empyros and their makeshift militia, the Symmachean Brotherhood, as they march across the land of Anadolou. Home to many port towns, this is the first new region to be introduced since the launch of Conqueror’s Blade. Here, players will be able to retrace the steps of a reckless campaign that sparked the rise of an all-powerful empire in the present day!

Players can explore this new land to unlock over 200 rewards, including season-exclusive attire and lots more from a new Battle Pass. Season V: Legacy of Fire will also launch alongside the Season V Battle Pass on October 13, with pre-orders starting soon in-game. When the campaign advances to its bloody and inevitable conclusion later this year, the throne of the coveted fortress city of Reginopolis awaits worthy conquerors in Season V’s endgame.

More firepower can be unlocked for the battles ahead with new seasonal units, armed with newly-developed weapons that are seething with hellfire. The Zykalian Militia is an effective defensive force which wields throwable earthenware grenades, a fiery deterrent to attackers during siege battles. Players can also recruit the Siphonarioi, a dreaded force armed with handheld flamethrowers. Sworn to guard the secret of hellfire's composition, they will fight tooth and nail to avoid being taken alive.

Additional reinforcements can be called in, as fan-favorite units are promoted to the ranks of the Symmachean Brotherhood! Symmachean Stalwarts are an elite regiment based on Spear Sergeants, while Symmachean Paladins take the torch from Men-at-Arms. The basic units can be promoted to a different veterancy via Seasonal Challenges.

Conqueror’s Blade is available to download and play for free now from MY.GAMES Store and Steam.