Mobile titles a hit with the US audience as new users and monthly active users increase by 10% quarter on quarter in the region. 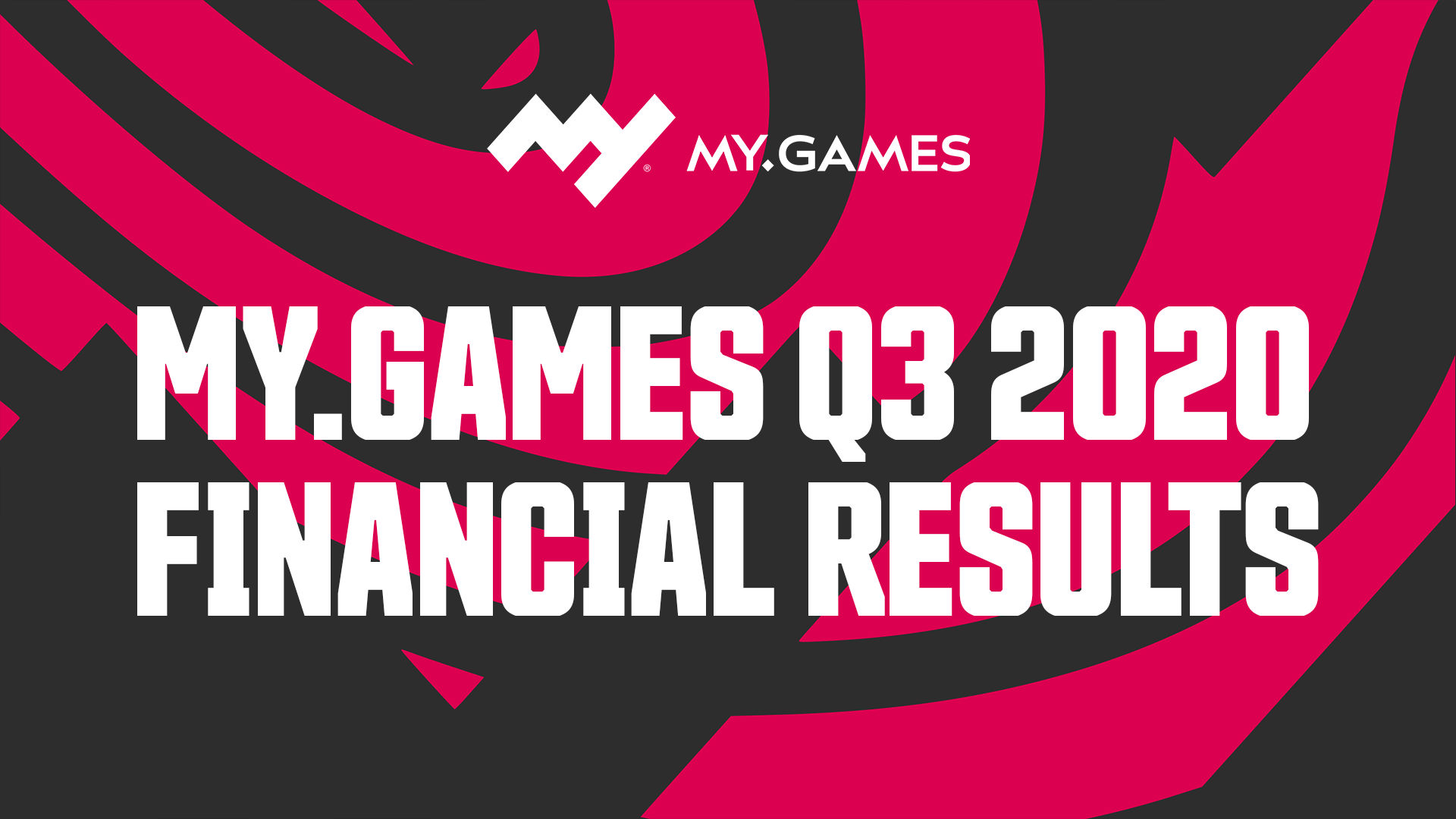 Global gaming brand MY.GAMES has announced an increase in revenue of 33% YoY in Q3 of 2020 to $145mn USD (RUB 10.672bn) with MY.GAMES accounting for 40% of Mail.ru Group’s quarterly revenue. The number of players reached 740 million globally, with a 6% QoQ increase.

Mobile titles performed above expectations in the USA across all mobile platforms. New players and monthly active users in the USA increased by 10% QoQ, in part due to the solid performance of  Grand Hotel Mania. Zero City performed well in the USA with the number of new users rising 107% QoQ.

Around 90% of the revenue of MY.GAMES was generated through own IP vs licenses titles and mobile products accounting for 75% of revenue. War Robots (Pixonic studio) reached a new milestone of 177mn in downloads. War Robots Remastered, a major update of this game, has been launched in October and was featured during the Apple Event in September.  Left to Survive (Whalekit studio) reached 27mn downloads. Another title from this studio, Warface: Global Operations, launched a PvE campaign in September and reached 12m downloads since its launch in January.

“Despite the lifting of global COVID-19 lockdowns in June and people making the most of the summer, we have still seen steady growth throughout Q3,” said MY.GAMES CEO Vasiliy Maguryan. “Our recent consolidation of Deus Craft is an important step on our path as a global gaming brand. We will continue to invest in our business through 2020 and beyond, delivering strong growth across all of our titles.”

PC and console growth was led by the multi-platform franchise, Warface. Still one of the top three revenue generators for the company, the Warface franchise launched a new premium B2P tactical first-person shooter in May and has since been localized for the Middle Eastern Market, while the Nintendo Switch version has amassed 3.3 million players since its launch in February.

PC title Conqueror’s Blade has reached 2.7 million players in Q3 with monthly revenue of around $1 million and was successfully launched in Turkey in August. Free-to-play MMO Skyforge will come to Nintendo Switch in Q4 to become MY.GAMES’s second Switch title.

“Despite the current global situation, we continue to provide quality games and services to our loyal players. Our new mobile titles have been very popular with our players, as has the remastered edition of the mobile classic War Robots. We will maintain this positive trend in Q4 with the highly anticipated launch of Skyforge on Nintendo Switch and continuing steady growth of Conqueror’s Blade,” Maguryan concluded.