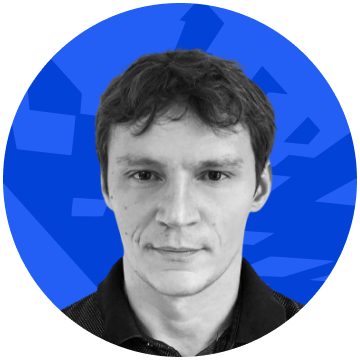 His job is creating and operating the gaming infrastructure for MY.GAMES clients: games.mail.ru, my.com, GameCenter, MRAC, Igromarket, Lootdog are all his studio’s products of the past decade.

Rodion joined the gaming industry in 2008, starting out as a producer and later as a developer at IT Territory. He later became the head of their in-house development studio which launched several browser and social games under his leadership.

Before video games, Rodion worked at a military research institute, analyzing satellite and geodetic technologies. He also worked on projects on automation in metals and mining, construction, and the food industry in Russia and Kazakhstan.

Rodion graduated from Moscow Aviation Institute in 2004 with a thesis in neural networks.