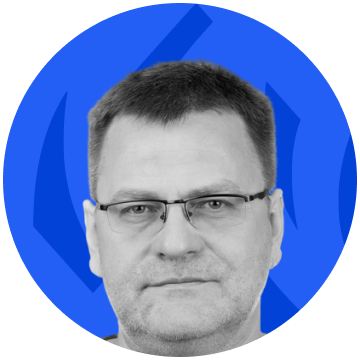 Konstantin Brysin was appointed head of Pushkin studio in 2010. He’s in charge of managing the team and launching new projects.

Over the 9 years with him at the helm, the studio released many projects including the super-hit game RiotZone named Best Browser Game by KRI, as well as AW: Assault for the iOS and Android.

Konstantin began his gaming industry career way back in 2002 with the Fight Club project (combats.ru) where he was Director General until 2007. He then co-founded and managed Q1, a company which later joined a larger developer and publisher in 2010 called Game Insight. Over the three years under Konstantin’s leadership, the studio released two browser games: War, and Magic.