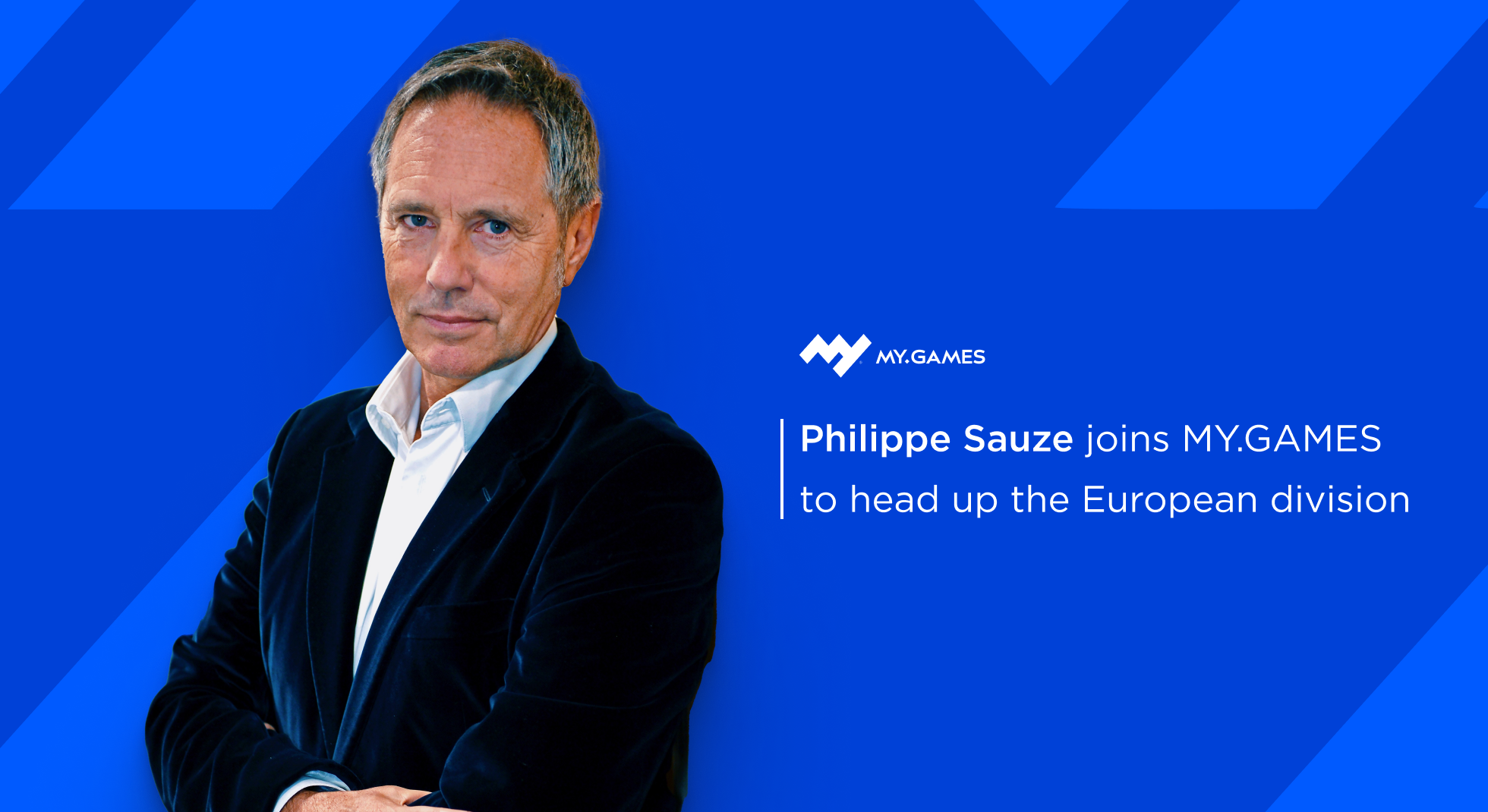 Global gaming brand MY.GAMES announces the appointment of Philippe Sauze as the Head of MY.GAMES Europe headquartered in Amsterdam. He will lead the company’s ongoing mission to further enhance the positioning of MY.GAMES across Europe as part of its ambitions of becoming a top-25 player globally in terms of revenues.

Philippe Sauze is a true industry veteran and advocate with a deep knowledge of the global gaming industry, given his 26 years of experience in the field. Philippe spent 15 years at Electronic Arts, was elected President of the French video game industry syndicate (SELL) and most recently was the Head of Activision Blizzard EMEA.

As the Head of MY.GAMES Europe, Philippe Sauze has been hired with the mission to reinforce the European publishing hub of MY.GAMES and expand the company’s presence in Europe and beyond. He will use his extensive years of industry expertise to further strengthen and diversify the international development strategy of MY.GAMES, with the objectives of broadening its international market share, building upon the success of the existing gaming franchises, while launching additional successful titles and forging new and deeper links with the global development community.

Philippe Sauze, Head of MY.GAMES Europe said:
“I am very happy to join MY.GAMES as the Head of Europe and feel hugely motivated by the new challenge. The company has brought me on board with the key strategic objective of developing the European division and strengthening MY.GAMES’ global position.  The office in Amsterdam already covers the spectrum of game production - including publishing, localization and operating games in the region - and it will be a great honor to build, innovate and expand upon this foundation. The fact that MY.GAMES is a people-centered operation with mechanisms in place for collaboration and knowledge sharing means that we are well placed to grow, and it is a great fit for me and my professional experience.”

The appointment of Philippe Sauze is the latest in the series of key strategic moves for MY.GAMES as it seeks to reinforce its European business, which also includes the recent investments in Barcelona-based game developer The Breach Studios, the active development of the WW3 game by the partnered studio Farm 51 from Poland, MGVC’s work with Google on their collaborative Game Drive 2.0 project to help young mobile developers across EMEA regions succeed being just some of the most recent examples of how MY.GAMES is actively developing its presence in Europe.

MY.GAMES revenue in the first half of 2021 increased by 18% compared to the previous year and amounted to 22.1 billion rubles (247 million EUR). The company received 78.6% of its games revenue outside Russia and CIS with the key markets being the United States, Germany, and the United Kingdom. The company currently has more than 20 titles in the pipeline.

Vasily Maguryan, CEO of MY.GAMES adds:
“MY.GAMES is a people-oriented company looking into the future with great ambition - we are therefore thrilled that Philippe Sauze has joined the team! We believe that Philippe’s leadership, industry experience, and business development qualities will be paramount to MY.GAMES’ future direction. He has embraced our culture of collaboration between studios, agility, and flexibility and understood our common goal of entering the top 25 gaming companies in the world by revenue - we are excited to take our next global steps together, as members of the global MY.GAMES team”.