The publisher will launch four popular mobile titles on Facebook Gaming - giving users the opportunity to synchronize in-game progress across their devices and play anytime, anywhere. 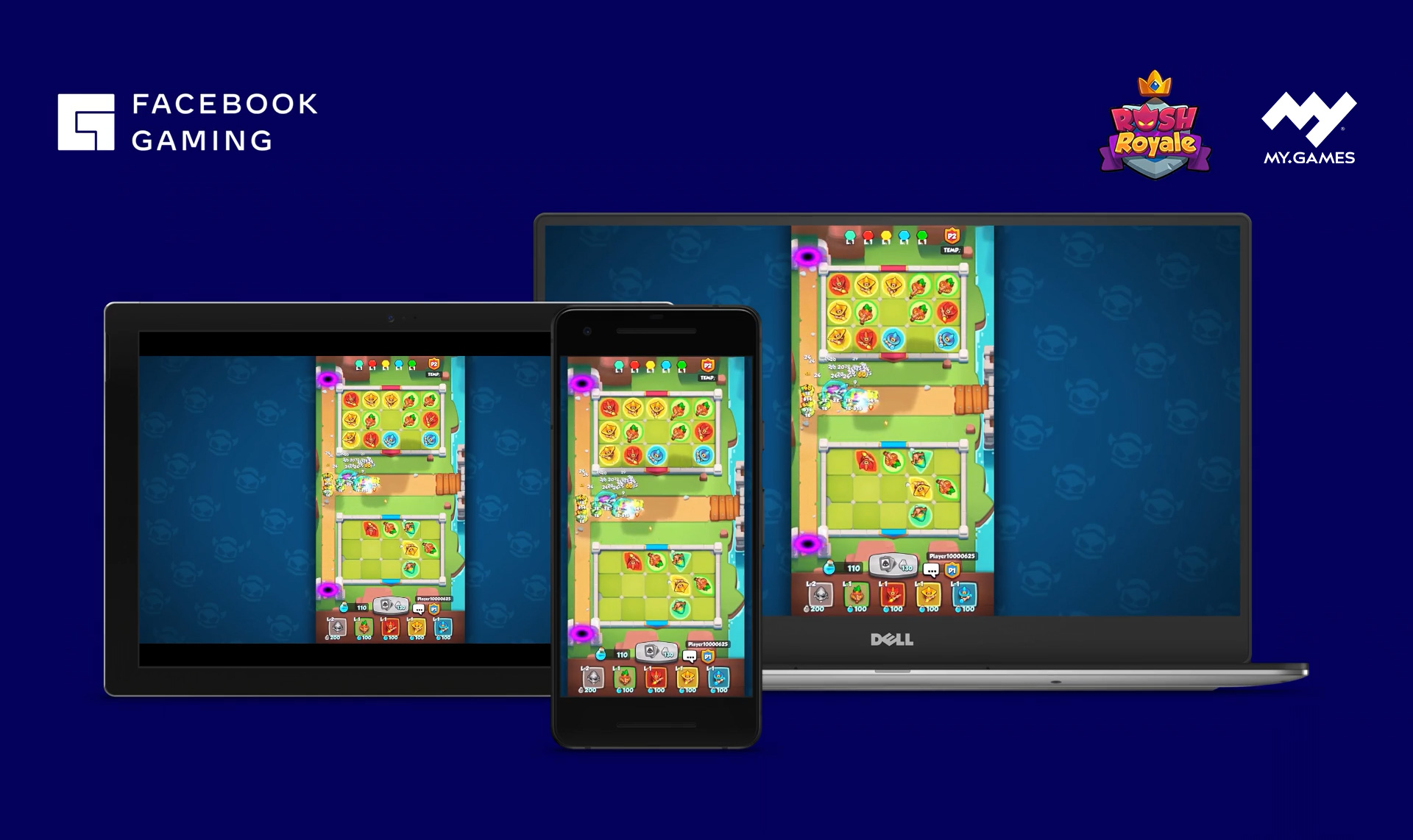 Facebook Gaming launched its cloud gaming platform last year and is continuously expanding the library of free-to-play mobile games. As of January 2021, over 1.5 million people play cloud-streamed games on Facebook Gaming every month. Cloud-streaming games enable Facebook Gaming to deliver cross-device, instant access to games across every screen, with no installs required. Facebook users will be able to play MY.GAMES titles on the Facebook app on Android and on the web at fb.gg/play , where cloud games are available. Players can also synchronize the in-game progress across all their devices.

In 2021, Rush Royale was MY.GAMES’s fourth most successful mobile title and the second** most popular game on Google Play and the App Store in the tower defense strategy genre by the number of new registered users and revenue. The game’s debut on Facebook Gaming is an opportunity to bring the game to an even wider audience.

Vasily Maguryan, CEO of MY.GAMES said: "Our goal is to make games the most accessible entertainment to all users regardless of which country and on which platform they prefer to play, and by launching on Facebook Gaming, we are one step closer to this goal. We have been working with Facebook for many years, and today we are taking another strategic step in our work with them. By the end of this year, four popular MY.GAMES mobile titles will be available as cloud games on Facebook and you will be able to play them any way and anywhere instantly, sharing your in-game progress between multiple screens."

Gio Hunt, VP of Gaming Business & Operations at Facebook said: “We’re taking a mobile-first approach to cloud gaming, and growing our free-to-play library with mobile titles people already love and enjoy playing with friends. We’re excited that MY.GAMES is bringing four of its popular mobile titles to Facebook Gaming this year, so people can play instantly wherever and whenever they want, with no installs required.”

In Rush Royale, players muster several types of hero classes to defend their fortress against hordes of vicious monsters. The action unfolds in real-time across two modes, with PvP pitting players against each other, and Co-op uniting two players against waves of ever more powerful enemy forces.  Left To Survive is a TPS Action zombie shooter game with a post-apocalyptic world setting where zombies have enslaved the Earth and taken control. Hustle Castle is a strategy RPG where players manage a medieval castle: build new rooms, train the castle's inhabitants, and of course fight tons of enemies. Mushroom Wars 2 is a dynamic real-time strategy game, where smart strategy meets furious action in epic PvP and PvE battles.

*Cloud gaming is not currently available in all regions. Coverage is available to over 98% of people in the mainland United States. It has begun to roll out in Canada and Mexico, and coverage in Western and Central Europe is targeted for early 2022

**According to data by AppAnnie, September 2021