Left to Survive from Whalekit studio, part of MY.GAMES, won in the Best Action Game category at the Best of Galaxy Store Awards 2021, which is presented to developers of the top apps on the Galaxy Store platform. The winners of the award were announced at the SDC 2021 conference on October 27, 2021. 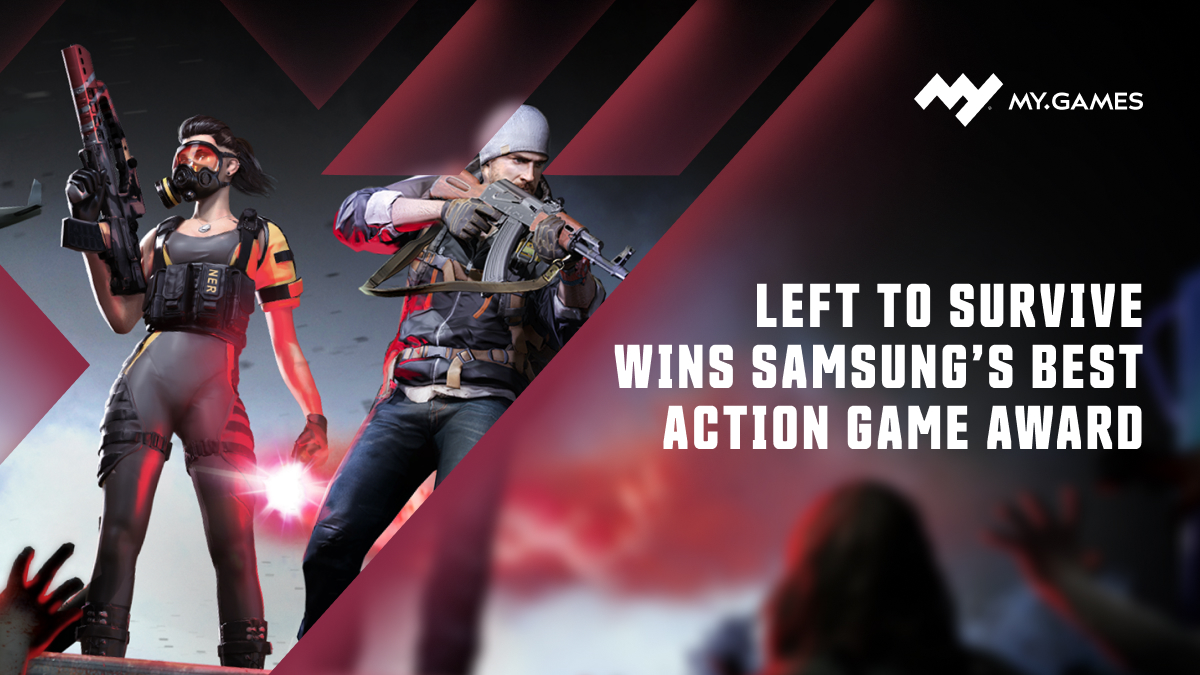 “We are proud that our Left to Survive game won in the category Best Action Game in such a prestigious international award as the Best of Galaxy Store Awards 2021, and Whalekit became the only Russian studio on the list of winners. Every year we develop dozens of updates for Left to Survive, making the gameplay more interesting and diverse, and we are happy that our efforts were noticed and appreciated by both players and our partners at Samsung,” Development Director at Whalekit Georgy Ayriyan commented.

Left to Survive is an immersive online action shooter which joined the Made for Samsung developer program. The game takes place in a post-apocalyptic world where zombies have overrun the Earth. Left to Survive’s gameplay offers variety: players can participate in tournaments, collect an arsenal of weapons and equipment, build a base for survivors, raid, and compete with other players in dynamic PvP matches.

As part of the Made for Samsung program, users get additional benefits by installing a game from the Galaxy Store. In particular, they have access to a welcome bonus after completing the tutorial and earn more experience and cash for missions for a more convenient, faster-paced gameplay, and an additional builder at the base to create more objects simultaneously.

The Galaxy Store is the official store for apps and electronic content for Samsung Galaxy mobile devices. The apps and games it offers are tweaked for maximum compatibility with Galaxy devices, supporting functions like multitasking, the S Pen stylus, Flex mode, and many others. Additionally, the store offers a huge variety of themes, wallpapers, fonts, UI, and other elements to make the user’s Samsung device feel truly personal.