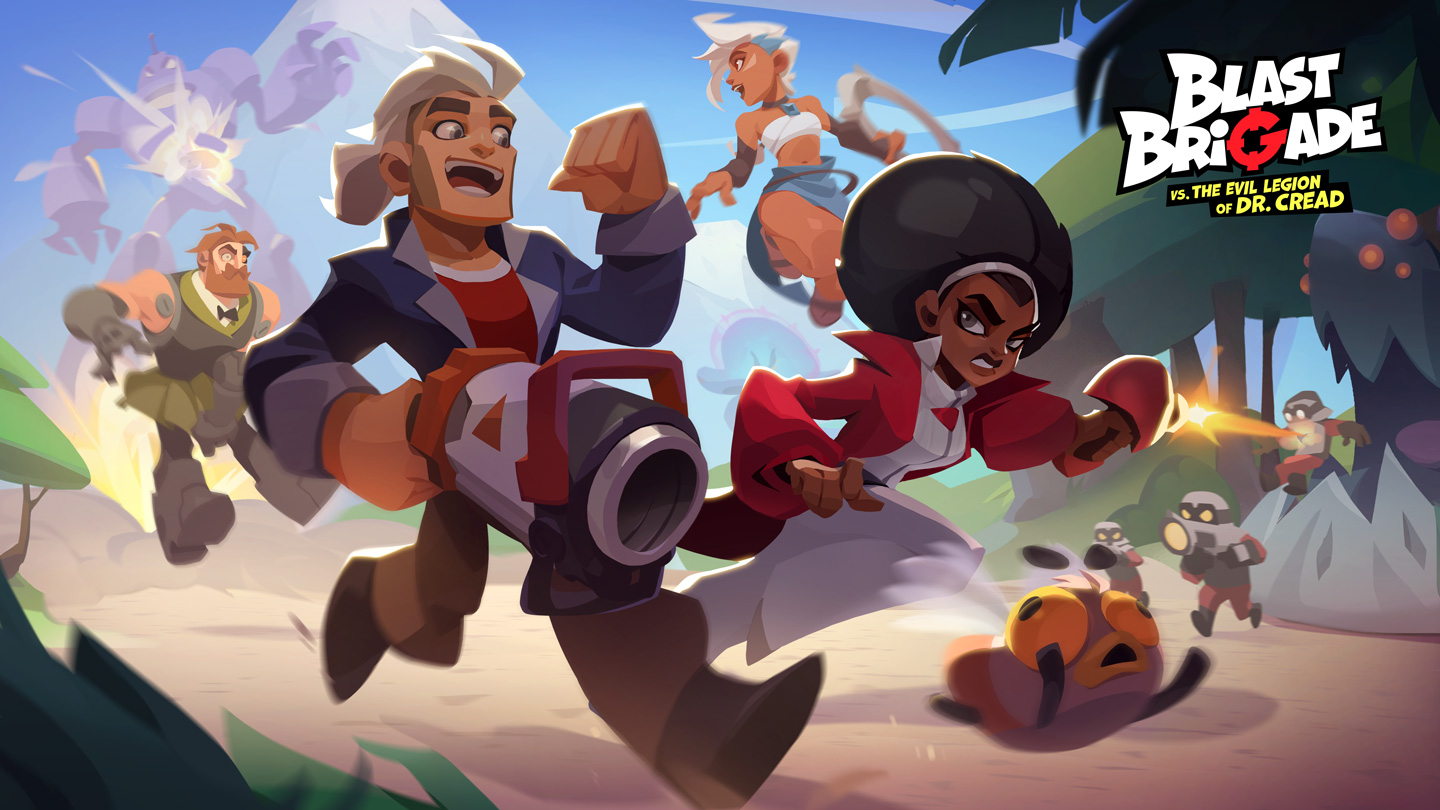 MY.GAMES and Allods Team Arcade are proud to announce the debut of Blast Brigade into Steam Early Access starting today. After releasing a free demo two weeks ago, players can now experience a substantial part of the final version of the colorful Metroidvania platformer with the Early Access version.

The choice for Early Access was made to help the initial players shape the gameplay experience while also giving them a rewarding game. Blast Brigade strives to offer an excellent blend of accessibility and challenge and as such honing the difficulty curve and pace of the game is essential and this is best achieved with the input from players.

When it launches into Early Access the game will have two complete acts of the game’s explosive story available and will feature three playable characters: the trigger-happy hero Jeff J. Jefferson, the icily competent KGB agent Shura and the very Galant Galahad. One more character will join during future Early Access updates and both the narrative and available environments will be further expanded. Regardless, the Early Access launch already offers seven challenging bosses and thirty different enemies to use their arsenal of six different weapons on. Players will initially explore six different biomes which give the agents a wide variety of different obstacles to overcome with their unique abilities. As players discover the island they will also be able to enhance their character with a variety of different perks and upgrade their base of operations to help them with the preparation of their missions. Players can swap between characters on the fly which is one of the ways the game challenges players with different obstacles that require the unique skill of a specific super agent. During Early Access, more content is planned to be released with substantial updates and quality of life changes based on player feedback to be delivered.