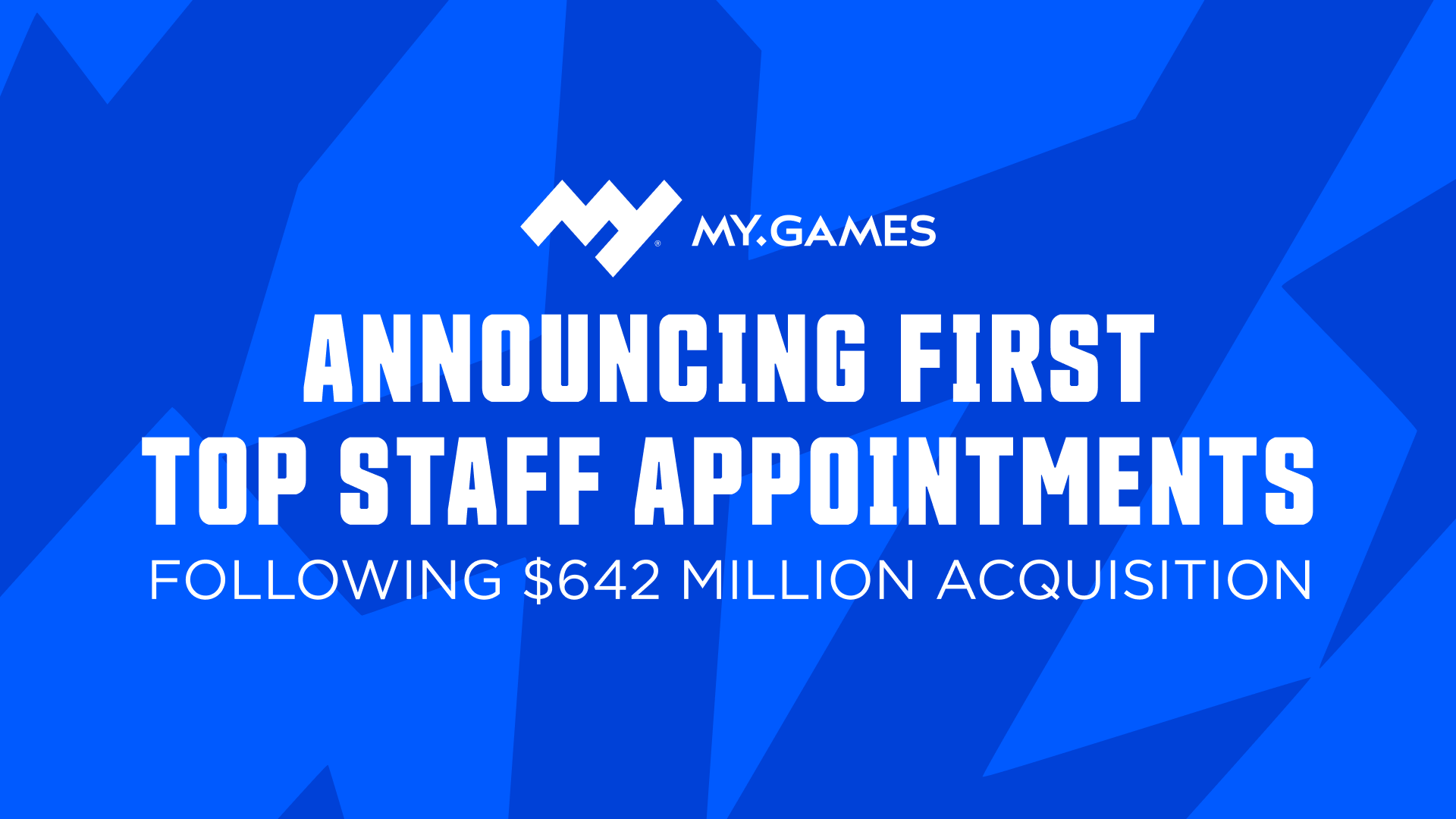 Video games developer and publisher MY.GAMES is thrilled to announce its first two new major staff appointments since the company’s acquisition by Alexander Chachava, managing partner of LETA Capital, in October. Both industry veterans, Benjamin Villhauer, formerly of Sega and Blizzard, has been appointed Chief Product Officer after his role as Head of Franchise at MY.GAMES and Elena Grigoryan, who previously worked in the Disney Video Games Unit, has been appointed Chief Strategy Officer from her role as MY.GAMES CMO.

An industry veteran with over 20 years of experience, including eight years in Disney’s video games unit, Elena Grigoryan has been on the board of MY.GAMES since its foundation as a Marketing Director. Grigoryan has been key in the company’s recent growth, driving an overhaul in the company’s positioning and product promotion during its rapid scaling and expansion to international markets across multiple platforms.

Discussing the new appointments, Vladimir Nikolsky, CEO of MY.GAMES said: “We are opening a new chapter for MY.GAMES and have very ambitious plans for the company’s future. We continue diversifying our portfolio and investing in the development of products in all segments: PC, console, and mobile, and also continue experimenting with new niches and genres. We are truly lucky to have a highly talented and committed team with an incredible passion for games. In their new roles, Elena will oversee strategic planning of the company’s operations, including mergers and acquisitions, and Benjamin will develop existing IPs as well as create new ones. I am sure that Elena and Benjamin will lead MY.GAMES to further success and help us to achieve our goals.”

In September 2022, MY.GAMES changed its shareholder as Alexander Chachava, managing partner of LETA Capital, bought 100% of the company from VK. The deal includes all MY.GAMES assets, including in-house studios and game products. The deal is valued at $642 million.

MY.GAMES is a leading European publisher and developer with headquarters in Amsterdam and more than one billion registered users worldwide. The company develops games for mobile, PС, and console platforms, including War Robots, Hustle Castle, Rush Royale, Left to Survive, and many others. The company unites over a dozen development studios and has a strong team of specialists working together from across the globe. MY.GAMES not only creates and publishes games but also actively helps talented developers through its investment arm MGVC (top 10 game strategic investor globally).